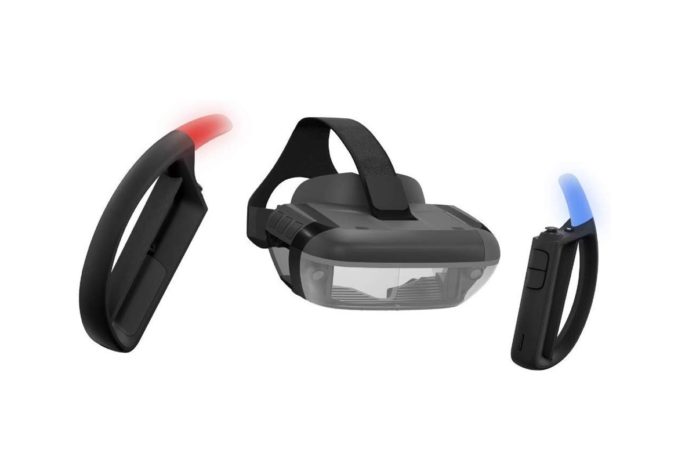 The Lenovo Mirage AR Marvel Headset is currently being offered via Amazon for 123.64. After originally sold for $250, we have recently seen it fetch $150 with a new all-time low offer today. This headset of augmented reality lets you get into the action of the Marvel universe and connect with heroes like Doctor Strange, Thor, and more. Two controllers and a tracking beacon are included alongside the smartphone-enabled headset. You can also enjoy the experience of Star Wars from Lenovo in addition to the MCU action. While the review is still in progress, Amazon currently has a 5/5-star rating.

MARVEL DIMENSION OF HEROES: Defend your reality from the forces of interdimensional evil! Fight for justice as Captain America, cast magical spells as Doctor Strange, unleash Vibranium energy as Black Panther, and much more!

PLAYABLE HEROES: Select from six legendary heroes, each with their own incredible weapons and powers, to save Earth from the forces of darkness.

STORY MODE: The Dread One, Dormammu, descends upon the Earth! Unleash your heroic powers to save our world from destruction in an epic, original MARVEL storyline!

SURVIVAL MODE: Facedown waves of enemies in competitive assault battles. Compete for high scores to prove yourself against players from around the world.

CO-OP MODE*: Team up with a friend and wage war against the forces of evil.*To play Co-Op Mode, both players must each have a separate Lenovo Mirage AR starter kit

This Discounted AUKEY Omnia Charger Can Simultaneously Power Up Your iPhone,...

Monitor Your Blood Pressure On Smartphone With $33 Wellue Portable Blood...

Refuel Your iPhone At High Speed With This Top Rated Anker...

Experience Amazing Sound Quality With This Popular MusiBaby Speaker At $25...

Snag 50% Off On This Popular Logitech SLIM FOLIO PRO For...