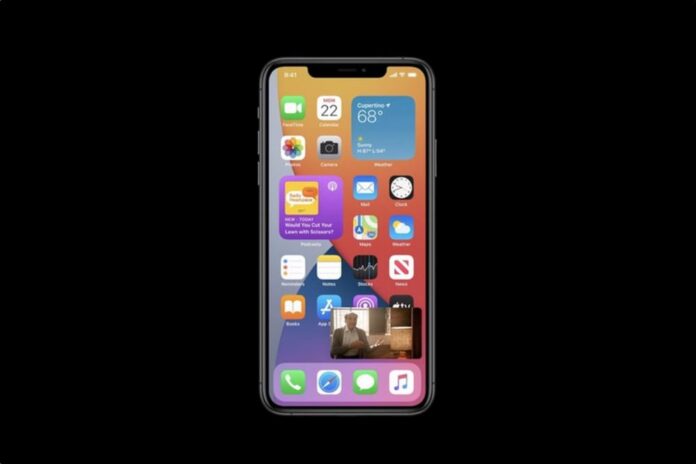 The addition of Picture in Picture video is one of the cool new features for the iOS 14. You can play video from one app while browsing the rest of the device. Video playback will continue to be done in a small window, enabling two multi-tasking apps on your iPhone for the first time.

Picture-in-Picture playback has been on the iPad since 2015, but bringing it to the iPhone took Apple a few years. The device supports all iOS 14 devices (iphone SE, iPhone 6s, iPhone 7, iPhone 8, iPhone X, iPhone X SE, iPhone 11), and the newly released iPhone 12.

During the video playback, you can drag it around to a different corner of the screen. You can also hide it temporarily from the display side. Just swipe to the side of the display next to the PIP currently. The audio will continue to play, but the video will be hidden except for a small snap to restore the pip.

The size of the PIP window can also be changed. Use two fingers to zoom the smaller or larger window. Double-tap to maximize or reduce window size quickly.

You can tap the PIP once when you’re done to create controls. To close the video at once, press the top left X button or click the top right button to return to the source app, which also removes the PIP.

If your favorite video player app doesn’t instantly support PIP, you have to wait before the developer updates the app. Its inclusion in iOS 14 would bring more pressure on developers to embrace this form of multitasking.

One of the most common requests for help for YouTube videos is Picture in Picture. Sadly, the YouTube application does not support the PIP feature in the iPhone or iPad operating system. It is not clear whether their plans have changed following iOS 14. You can use Safari as one workaround.

Go to Safari’s youtube.com, play a video, and make your whole screen. The standard video player controls of the system are shown here. Here, the newly added PIP button is selected for an iOS 14 iPhone, and the video appears on this page. You can either change tabs or browse to other apps and the video will continue to operate in the PIP.

Hopefully, the developers of the YouTube app are adding the functionality of the native app but the Safari solution is now working well.

Picture in Picture For FaceTime

FaceTime also supports multitasking Picture in Picture. In previous iOS versions, you’d go to a different application while you’d be listening to someone else’s voice on a FaceTime call, but you won’t be able to see them and your video would be paused. You can multi-task and keep the video call going with Picture In Picture support. Just leave FaceTime in full-screen and Picture is invoked automatically in Picture.

Wearable: Amazon Slashes The Price Of Garmin vívoactive 3 Smartwatch To...

Get This Multipurpose Bedside Radio Alarm Clock With USB Charger On Amazon...