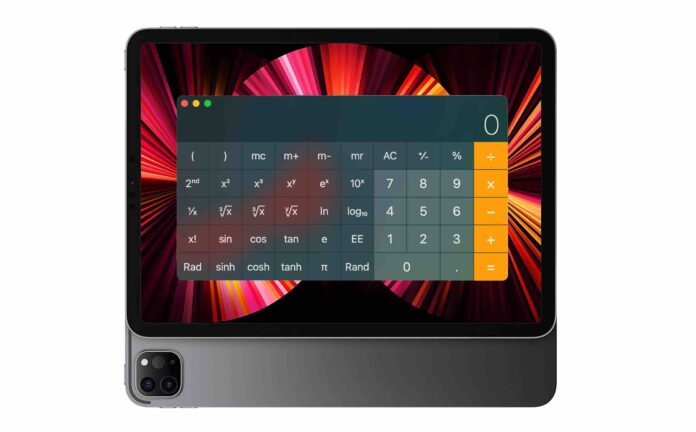 Portable computing got a major upgrade in 2010 when Apple launched its iPad, a handheld touchscreen display that could run apps, play video, and destroy productivity with games like Fruit Ninja. For all its versatility, however, no version of the iPad—including the Pro, Mini, or Air has ever shipped with what has become a standard feature in operating systems, a calculator.

While there’s been no firm explanation from Apple as to why this is, back in 2016 a Reddit post from someone claiming to be an ex-employee of the company offered a possible reason. According to user Tangoshukudai, early iPad prototypes ported over Apple’s conventional iOS calculator, which was stretched to fit the iPad’s screen. As development continued, no one paid much attention to the distorted image of the calculator until it was too late. When the late Apple CEO Steve Jobs finally noticed it, he demanded it is removed.

Ever since, according to Tangoshukudai, no one at Apple has bothered with programming a calculator to fit the iPad’s dimensions. The most recent operating system, iPadOS 14, has not announced a native calculator.

Apple Pencil Is Too Expensive For Your iPad! Take This Alternative Stylus Pen For $25

Does that mean iPad users can never crunch numbers? Not exactly. Users can download a third-party app, or they can access a stealth calculator that first appeared with Apple’s iPadOS 9. Swipe down on the home screen to get to the Spotlight search screen. By entering equations into the search bar, the iPad will recognize that some math is needed and provide an answer. You can also use it as a currency and unit converter. Having an Apple calculator readily accessible onscreen, however, will apparently have to wait.

Cover Your iPhone 13 Pro Max With This Popular Magnetic Case...

Save $37 With This Popular Wireless Earbuds Today!