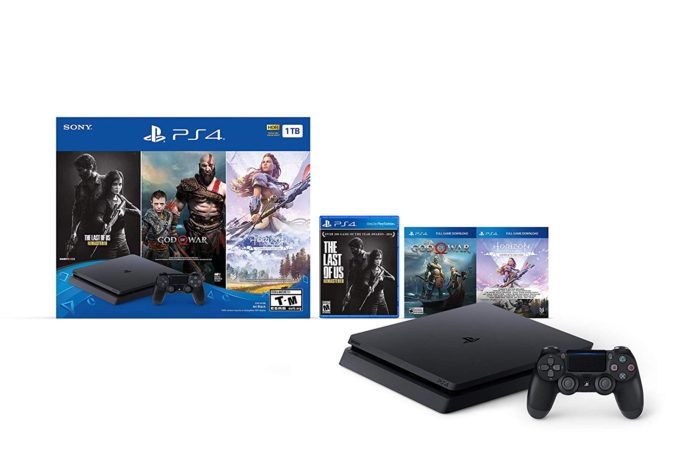 If later this year when PS5 is released, you wish to spend $600 plus another $60 or $70 per game, then you’re our guest by all means. If you want to save a ton of money and still be able to play all these games today will be your lucky day. Amazon runs two fantastic deals at the very best price we have seen since the holidays with 1 TB PlayStation 4 Consoles. The Slim 1 TB console for $300 PlayStation 4 is down to $249.99 with 3 games, or you can even upgrade it to the PlayStation 4 Pro 1 TB Console with only $329.99 rather than $400. However, these two deals are limited time, so take one as long as possible.

It is a new beginning for Kratos. With his son Atreus, he must face the brutal Norse wilds and venture on a dangerous, personal journey.

Winner of over 200 games of the Year awards, the last of the US has been rebuilt for the PlayStation4 system. Now featuring higher-resolution character models, improved shadows and lighting, in addition to several other gameplay improvements.

More HD Power: Turn on Boost Mode to give PS4 games access to the increased power of PS4 Pro

Take This Portable Power Station While Camping For $160 (Save $140)