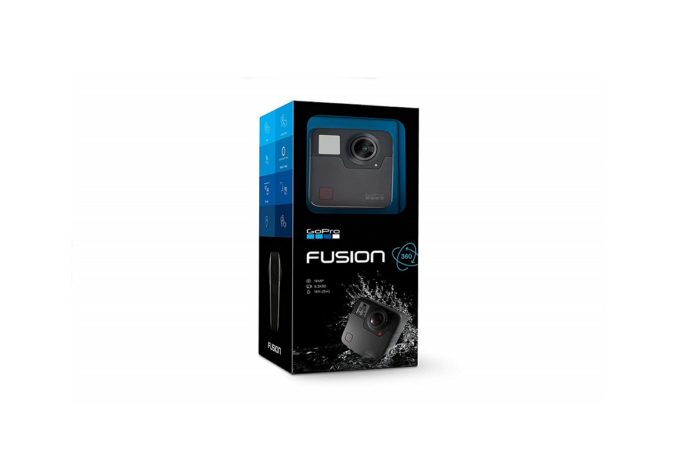 Amazon ships GoPro Fusion Action Camera for $219. Originally retailed for $700, we saw it go for $300 more recently, as you’ll find at Best Buy. The latest offer is good for a discount of 23 percent and represents a new low Amazon. GoPro Fusion is distinguished by its other 5.2K 360-degree recording and more action cameras. However, it has a durable build, which is waterproof up to 16 feet and features both flat and curved adhesive mounting to help capture all your experiences.

Spherical video + photos capture incredible 5.2k videos and 18MP photos of everything around you by shooting in every direction at once

Create + share on your phone preview and playback shots, edit videos and share them on the spot with the GoPro app; Full compatibility on iPhone 6s, iPad mini 4 and later devices; compatibility varies for earlier devices; see technical specifications below for Android compatibility

Requires two high-performance MicroSD, MicroSDHC or MicroSDXC cards with a class 10 or UHS-II/III rating or higher; for the best performance, be sure your fusion camera has the latest software and always use the latest versions of the GoPro mobile app and GoPro fusion studio app for desktop

Use This SanDisk 32GB iXpand Flash Drive To Expand Your...

Apple MagSafe Charger Can Be Yours For $30 Right Now!