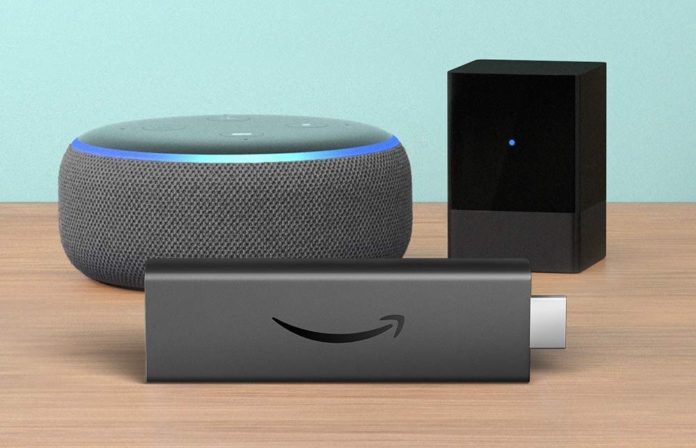 Alexa, turn my television on. Alexa put up with ESPN. Alexa, increase volume. Alexa, launch the Disney+ app. These commands may all sound impossible, but that’s just because you haven’t met the latest gadget from Amazon, the new Fire TV Blaster set to be released in a week. This awesome new gadget allows you to control your TV, your Blu-ray player, and all your other home entertainment gear with Alexa voice commands, and you should definitely take advantage of a killer deal right now on Amazon. Snag one bundled with a 4K Fire TV Stick (which is no longer available for sale on its own, mind you) and an Echo Dot, and save $40!

Use your voice to control power, volume, and playback and switch between inputs—just say, “Alexa, turn on the TV.”

Eliminate the need for multiple remotes and get to the content you want to watch faster and easier.

The Alexa Voice Remote is also included for those times you want to control your TV without making a sound.

Take The Apple Magic Keyboard For Your Latest 12.9 inch iPad...

Anker Soundcore Boost Bluetooth Speaker Is On Sale For $51 Today!

Grab This Amazing Braided Solo Loop For Your Apple Watch At...

SanDisk 1TB Extreme Portable SSD Is Available On Sale For $148...