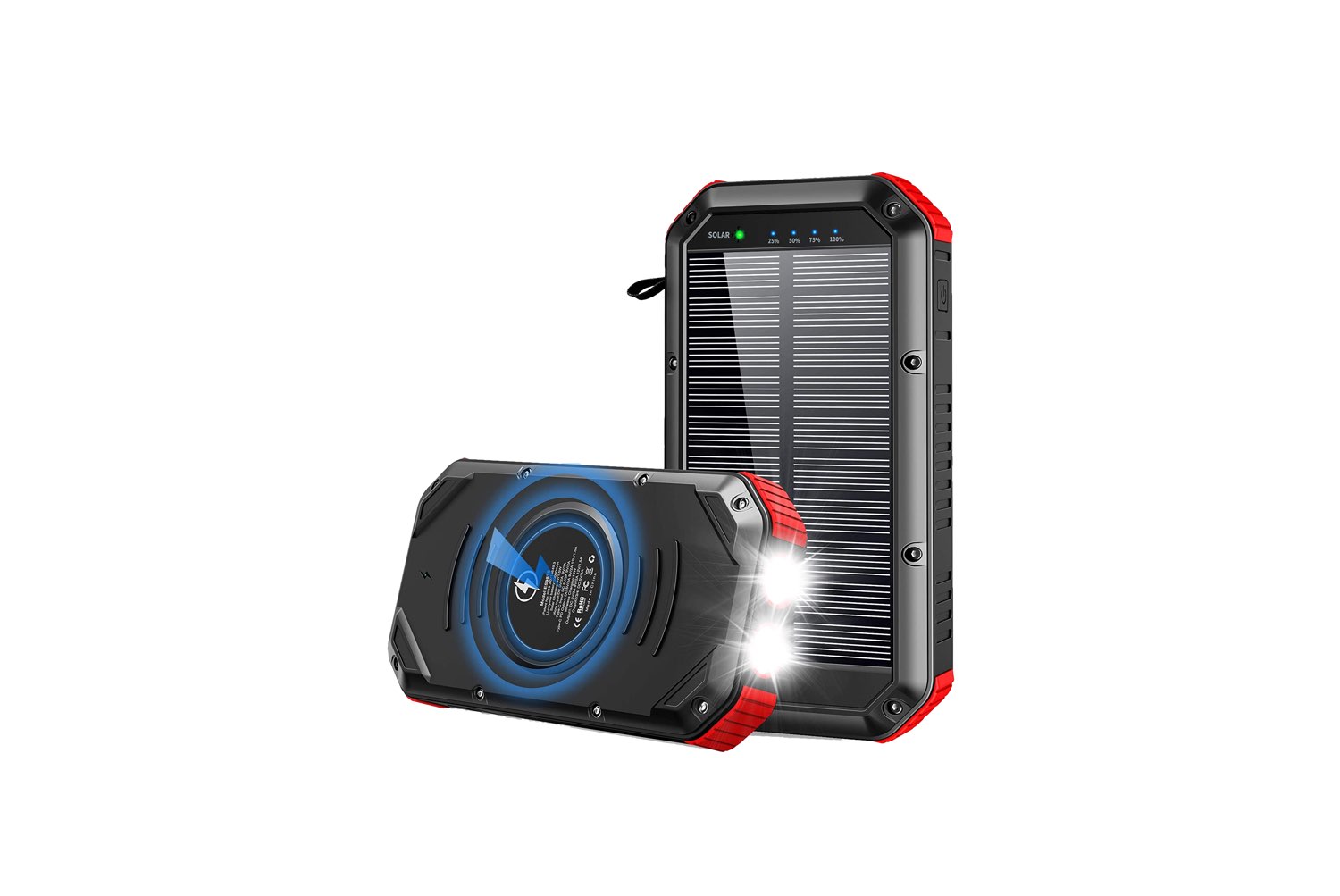 Amazon has a Beswill 30000mAh wireless solar power bank w/ 5 output for low $29.99 when the on-page coupon is clipped and coupon code U8FDUO2X is used at the checkout. Originally, this is $60, so you save 50% off the list price.

This 30000mAh Solar battery charger is enough to charge an iPhone XS 11 times, a Samsung Galaxy S8 10 times, an iPad Pro 3 times.  Even during hurricanes and unexpected power outages, the 30000mAh solar charger keeps your phone full. It can adjust the output automatically to ensure that your device is free from overhead and short circuits. But you can’t bring the solar phone charger on the aircraft.

30000mAh Solar Panel Charger & Safe: Solar battery charger built-in 30000mAh battery, it’s enough to charge an iPhone XS 11 times, Samsung Galaxy S8 10times, an iPad Pro for 3 times! The 30000mAh solar charger keeps your phone fully charged, even during hurricanes and unexpected power outages. It can automatically adjust the output to provide the appropriate current to ensure that your device is free from overcharge and short circuit. But the solar phone charger can’t be brought on the plane.

Solar Charging and Dual Input Ports: Portable charger with micro input port and type-c input & output port(9V/3A quick charging input type c). Our solar charger’s input current can reach 9V/2A, which is twice faster than another solar phone charger. At the same time, it supports solar energy input. It is very suitable for outside activities such as camping, and other emergency use.

Outdoor-specific Material: Portable power bank is made of durable materials, it has a very strong resistance to impact (1.2 meters drop) Test) is very suitable for outdoor use. The wireless phone charger is equipped with a Carabiner, which you can hang on your bag while climbing the mountain and use the solar energy to charge the solar battery charger.