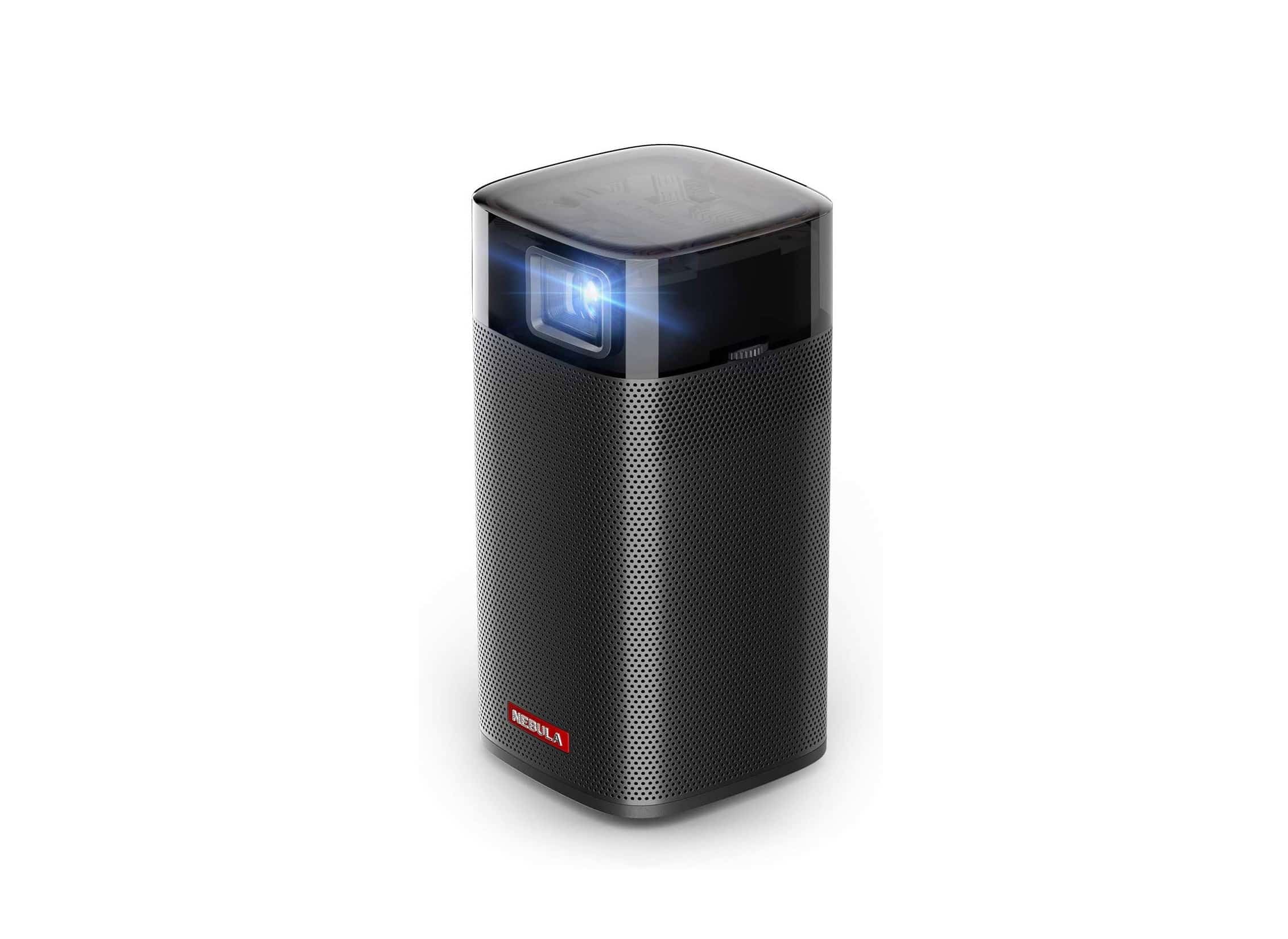 It appears that Anker is the present king on the portable projection market with quite frequent new versions. The latest and biggest projector is the portable Nebula Apollo mini projector. It is small enough to fit in your hand but powerful enough to create a 100-inch image that is crystal clear. Anker celebrates its launch by giving you the opportunity to save just off the bat $50 on it. Just use the APOLLOGO code during checkout and get the projector at $329.99 instead of the launch price of $379.99.

With a seamless and easy-to-use touch control interface, which is a first for Anker’s projectors, you will be able to control the Apollo. The transparent touch panel allows you to navigate directly from the device through all the menus. The Apollo can use a 200 ANSI lumen lamp and DLP technology to create an image with 854x 480-pixel resolution. It is possible to expand the image to 100 inches.

It also has a battery that lasts up to four hours for a single movie or a few episodes of your favorite television show. You’ll be able to binge those shows with access to all of your favorite apps like Netflix, Hulu, and others thanks to the built-in Android 7.1 system. Connect to your new projector in a variety of ways including Wi-Fi, Bluetooth, USB, HDMI, and even mirroring the screen (although this will not work with copyrighted content).

This is not this year’s first new Anker projector released. We also saw the August release of the Nebula Capsule Max. It’s significantly more expensive than the Apollo but adds some additional features such as automatic focus, higher resolution, and an upgraded Android operating system.

Keep Your Apple Watch Scratch Free While Resting On $10 elago...

This Popular Bluetooth Speaker Runs For 1500 Minutes, On Sale For...

Park Your Apple Watch Safely While Charging On This $9 Stand