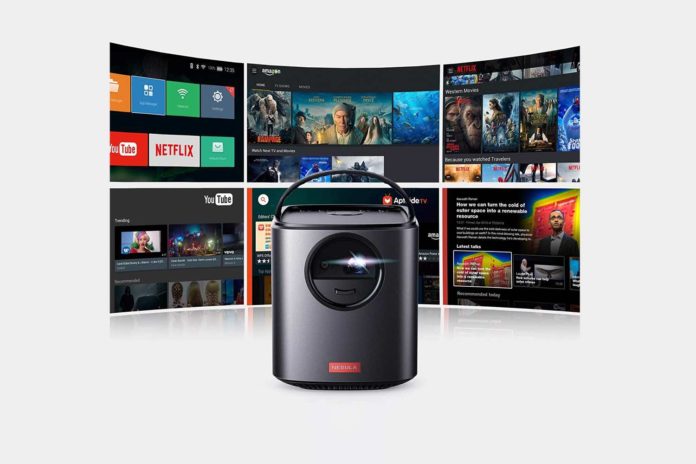 Anker’s Nebula Mars II is a portable projector that allows you to bring a screen nearly wherever you go, and now that it’s on sale on Amazon for just $369.99, it’s worth some serious consideration. The deal today marks one of the best prices this projector has ever had at $130 off; it sells more commonly for $500.

You can find the Nebula Apollo portable projector on sale today for $319.99 for an even more affordable pick, when you clip the coupon on its product page, saving you $80 off its full cost.

Anker’s Nebula Mars II projector is able to generate an HD image with a resolution of up to 1280x 720 and 300 ANSI lm and 720p IntelliBright DLP for an enhanced image. Its built-in dual 10W sound drivers provide a powerful sound and there is also an autofocus feature that automatically improves the image when the projector is moved into a new location.

With built-in Android 7.1, you can easily stream video from services like Netflix, Hulu, and YouTube without requiring a separate streaming device such as the Amazon Fire TV Stick, as well as new streaming services like Disney+ and Apple TV+. You’ll want that access because many of those services don’t allow screencasting from a device to a projector such as this.

These Two Discounted Belkin Charger Are Specially Made For Apple Device...

Apple iPhone 8 is Still Powerful Compared To Other Latest Smartphone,...

Now Vlog From Your iPhone With This Highly Rated Linkcool Octopus...

Track Your Activities With This Fitness Tracker Smart Watch At $34...

This Height & Angle Adjustable Desk Phone Holder Is Perfect For...

Grab This Amazing Bugani M130 Bluetooth 5.0 Portable Speaker For Your...

Get This Amazing Portfolio Case For Your 12.9 inch iPad Pro...