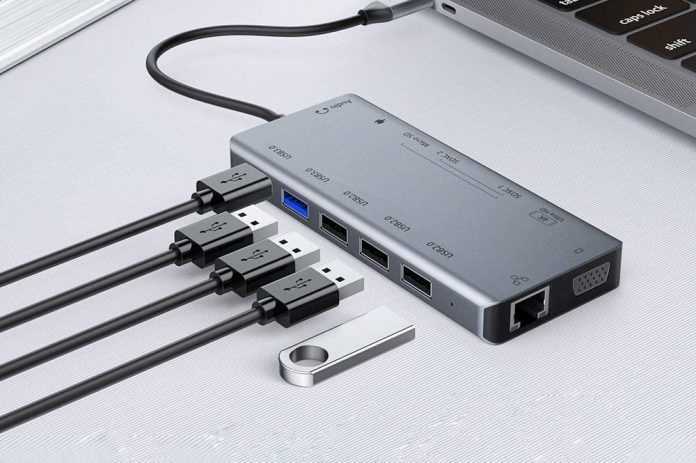 This features 13 connection ports in a single docking station to increase the usability of your USB C device. It has a Gigabit Ethernet port, an HDMI output port, a VGA output port, 3 USB 2.0 ports, 2 USB 3.0, 2 SD and 1 TF card slots, audio, and power transmission, which includes all the necessary features.

The resolution of the Max output reaches 4K@30Hz through HDMI and 1080P@60Hz by VGA port. You can view an HDTV, monitor, or projector with or to the Type-C device, share photos, and videos, deliver presentations, and watch streaming. However, it only supports 1080P@60Hz while using both the HDMI port and the VGA port.

The 2 SDXC and 1 Micro SD card slots are designed to support multiple card formats and are ideal for transferring large resolution images and video recording. You can read your 2 SDXC memory cards at the same time easily, however, both SD and TF cards on the same side can not be used at the same time, and they can be used simultaneously on either side.

You can listen to the music or enjoy the movie on earphones and charge your device at once, with a 3.5 mm audio port and a USB Type-C PD port. With a power delivery of up to 87W, you can just connect to a bank or plug-in power, which allows you to supply power to even the most hungry devices.

This iPhone & iPad Compatible Foldable Keyboard is On Sale Today 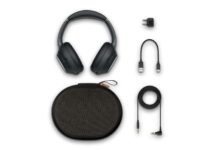 Sony Noise Cancelling Headphone Are Great To Use With Apple Devices... 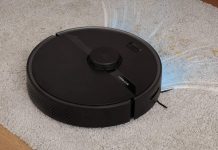 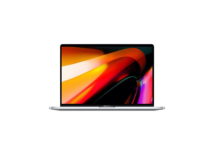 Recently Launched 16 inch MacBook Pro is Already On Sale At... 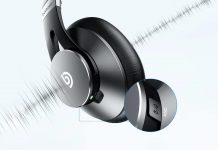